The Google Upspin project is an attempt at creating a global namespace for documents. 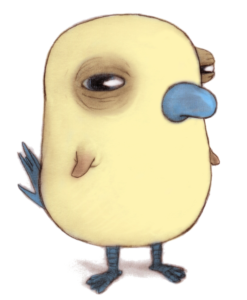 So what the heck is “a global namespace for documents”?

A lot of people have images on Facebook, but what if you want to put one of those images on another social account, say Twitter. Well, you could link directly to the image’s URL which will cause people to jump from Twitter over to Facebook. You could also just download the image and re-upload it to Twitter. Of course, if you also want to pin it you have to repeat this process again with Pinterest. And then you want to email links to those files to some friends that refuse to use social networks at all.

And then there’s also those other pictures. You know the ones I’m talking about. The ones most people aren’t supposed to see. I’m talking frames from the original zapruder film here. (That’s what you were thinking about, too, right?) These are files that you want to grant granular access to, just you, your tin aluminum foil wearing hat friend Steve

Oops… we posted the wrong picture, what to do? Let’s log into each account, delete the picture and/or link along with all the comments and repost!

Upspin hopes to solve this although the scenario described above is probably a little/long way off. For now Upspin is a central file repository with semi-granular access controls (you can control directories but not files) with distributed responsibilities:

For now, this is all intended for small groups such as families. Businesses have much more complicated needs and are probably better served by standard file servers. This will be interesting to watch.

This site uses Akismet to reduce spam. Learn how your comment data is processed.